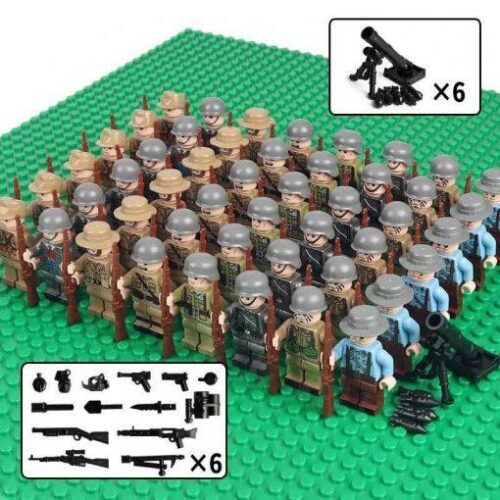 At the start of 1939 the British Army was a small volunteer professional army. At the beginning of the Second World War, 3 September 1939, the British Army was small in comparison to its enemies, as it had been in the First World War. It also quickly became evident that the initial structure and manpower of the British Army were woefully unprepared and ill-equipped for a war with multiple enemies on multiple fronts. During the early war years the British Army suffered defeat in almost every theatre of war in which it was deployed. But from 1943, starting with the Tunisian Campaign, fortunes changed and the British Army never suffered another strategic defeat, despite some tactical failures (most notably the Battle of Arnhem in September 1944). While there are a number of reasons for this shift, not least the USA joining the Allies from 8 December 1941, an important factor was the stronger British Army. This included better equipment and training, better military intelligence and mass conscription that allowed the British Army to expand to form larger armies and army groups, as well as create new specialist formations such as the Special Air Service, Special Boat Service, Commandos and the Parachute Regiment. Eight men would be promoted to the rank of Field Marshal to command these new armies. By the end of the Second World War 2.9 million men had served in the British Army which had suffered about 300,000 military deaths and 376,239 wounded.